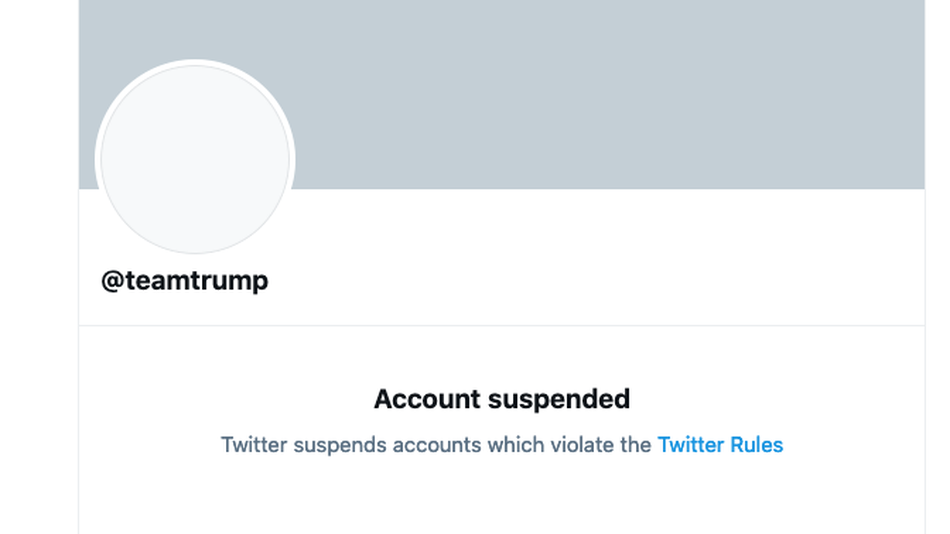 Approximately 45 minutes before the account was suspended, a Twitter spokesperson confirmed that if Donald Trump tried to tweet elsewhere those accounts would be removed as well.

“As we’ve said, using another account to try to evade a suspension is against our rules,” wrote the spokesperson.