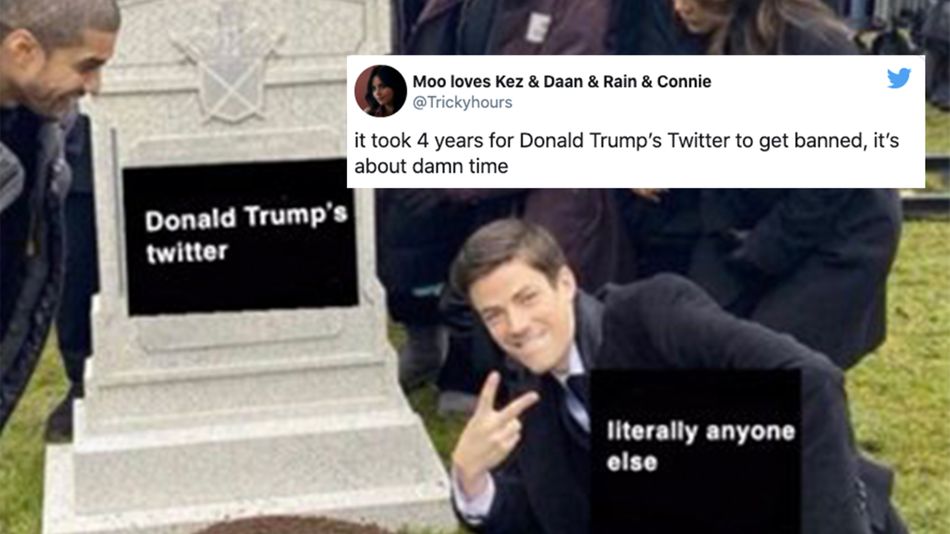 In a blog post on Friday afternoon, Twitter announced that the president will be “permanently suspended” to prevent “further incitement of violence.”

“In the context of horrific events this week, we made it clear on Wednesday that additional violations of the Twitter Rules would potentially result in this very course of action,” Twitter added. The company was referencing the mob of Trump supporters that stormed the Capitol earlier this week that resulted in the deaths of five people.  Read more…

Gwen Stefani, let us reintroduce you to how to properly hold a phone