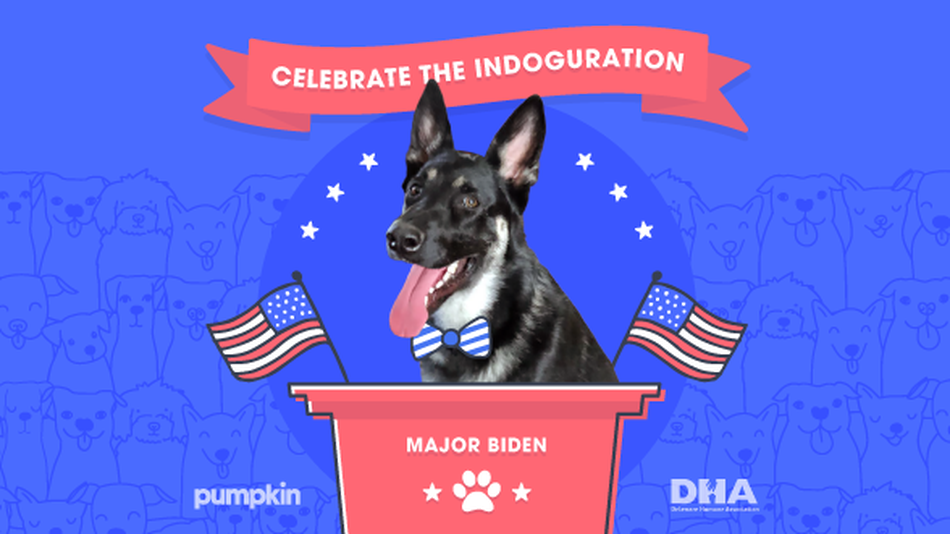 Major Biden, President-elect Joe Biden’s German shepherd, warmed every beating heart when he became the first presidential pooch to be adopted from a shelter. Sob!

That means inauguration day is as big a deal for Major as it is for his owners, Joe and Jill: Along with older brother Champ, Major will be ascending to the highest canine office in the land, First Dog.

To celebrate, the shelter from which the Bidens adopted Major, the Delaware Humane Association, will be holding their own livestreamed inauguration event on January 17: Major Biden’s Indoguration Party.

People first reported the event, which the DHA describes as such: Read more…