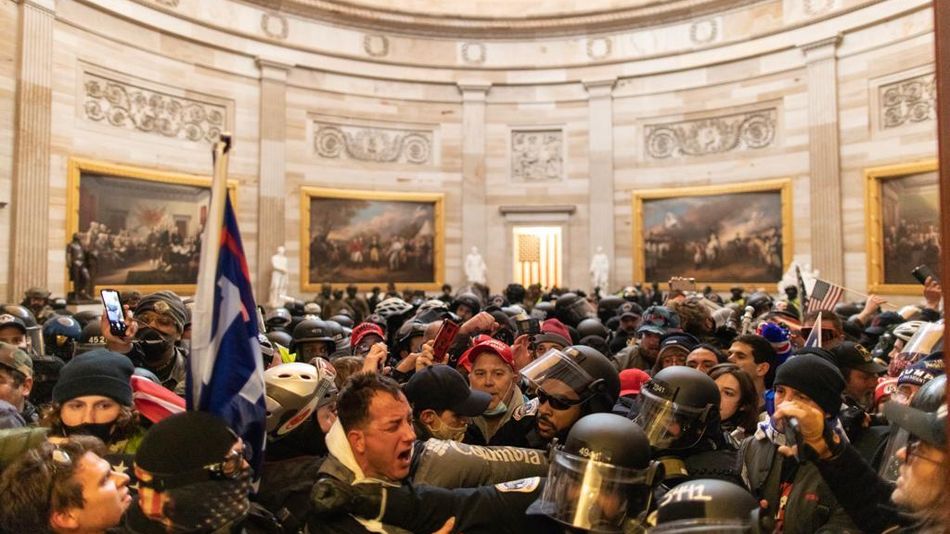 If you’d been listening to white nationalists, QAnon believers, and Trump supporters, you knew to expect the attempted coup of the U.S. government on Wednesday. You couldn’t feign surprise like some of the maliciously ignorant pundits of cable television.

Yet few things could prepare you for watching it unfold on social media in real time. As a seditious mob overtook the U.S. Capitol to disrupt the certification of the Electoral College, forcing members of Congress to rapidly evacuate the hallowed chambers, it produced a stream of haunting images and video.

In them, a group of predominantly white men incited by President Trump make a mockery of America and its principles and institutions. One man, striding through the Capitol, carries a Confederate flag. Another man, wearing a knowing smile, rests his boot on House Speaker Nancy Pelosi’s desk. Standing at the Senate dais, a few men posed for photographs. The poet and artist Noah Caine tweeted one such image with a dagger of a caption: “to make it here without dying is the epitome of white privilege[.]”  Read more…