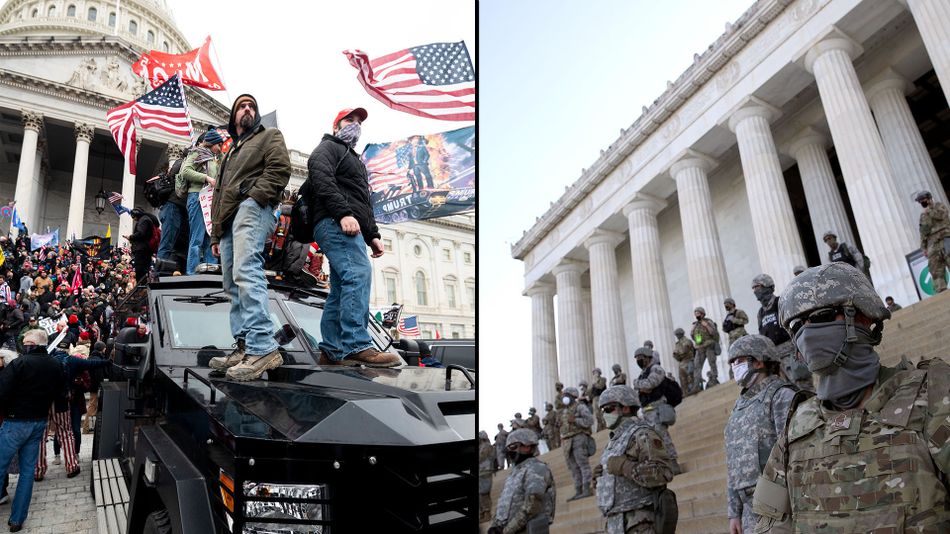 It’s a dark day in America. A mob of Trump supporters have breached Capitol security and broken into the building to oppose the counting of electoral votes.

Crowds of people — many who were seen wearing MAGA hats and waving American and pro-Trump flags — stormed the U.S. Capitol on Wednesday afternoon, sending Congress into lockdown and causing chaos in Washington, D.C. The rioters greatly outnumbered Capitol security to the point where they were able to filter inside after breaking glass, leaving many to wonder why authorities weren’t more prepared to take action and control the scene.

The attempted coup came as the certification of Joe Biden’s election was underway inside — and on the same day that Democratic candidates Jon Ossoff and Raphael Warnock won the Georgia Senate runoff elections. However, the pro-Trump “Stop the Steal” rally was planned for Jan. 6 ahead of time, and Trump has been encouraging supporters to attend on social media. He even said he’d make an appearance at what he referred to as a “historic day.”  Read more…