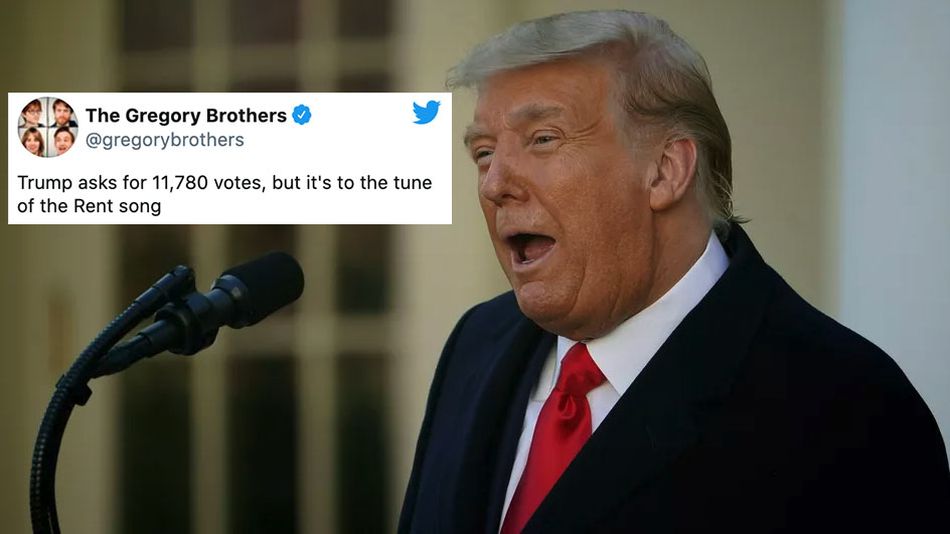 How do you measure? Measure an election?

In tantrums? In fake news? In tears? In threats and tweet storms? No. Everyone knows you measure an election by counting votes, but unfortunately for President Donald Trump, the votes that were cast in the 2020 presidential election didn’t fall in his favor.

Joe Biden received millions more votes than Trump did in the Nov. election, and the former vice president also won six key swing states including Arizona, Michigan, Nevada, Pennsylvania, Wisconsin, and Georgia. As a result, Trump has been trying every trick in the book to change the outcome of the election, and he even stooped so low as to pressure Georgia Secretary of State Brad Raffensperger in a dubious hour-long phone call.  Read more…