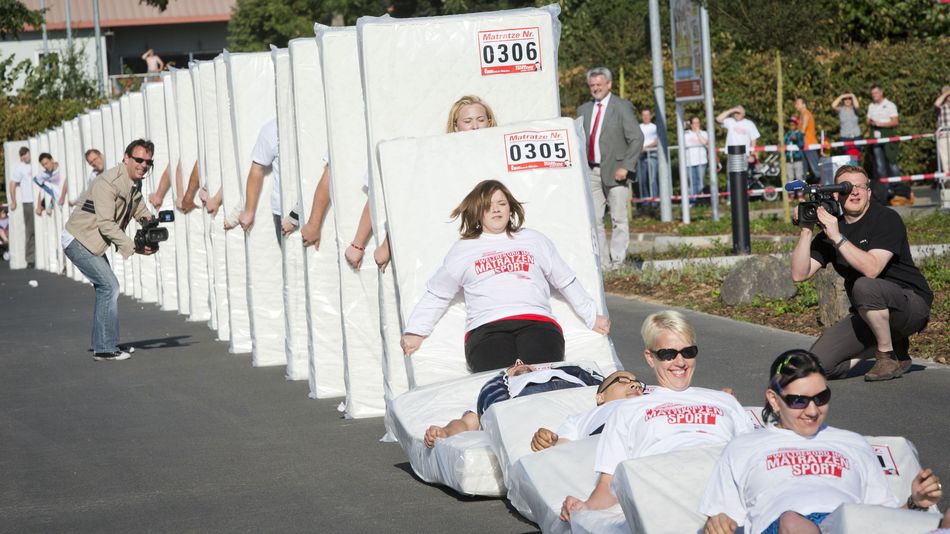 Stuck at home with more time on our hands, a lot of us went down weird internet rabbit holes in 2020. The one I’m most grateful for stumbling upon was filled with oddly soothing videos of people literally falling down. They seemed to represent everything we lost this year, and the hope of everything that could come again: Thousands gathering IRL in close quarters for silly, innocent, massively collaborative, and globally competitive fun.

I speak of a relatively new entrant in the global pantheon of sports: human mattress dominoes.

The idea is so simple, it’s a wonder that it took humanity until the 21st century to invent it. Take a bunch of people, attach them to mattresses, stick them in a line like dominoes, and push the first one.  Read more…

Ranking for long-tail keyword, vs. competition with shorter similar KW?